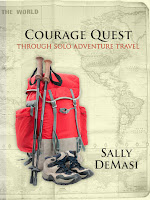 Courage Quest is a compilation of adventure stories in various parts of the world where I confronted my fears in search of courage--starting a bit late when I was turning fifty. I traveled almost exclusively by myself with a backpack by public transportation or walking, staying as locals do in hostels while turning my back on millions from my career to concentrate on the search for me.


Learn how I survived my guides washing dish technique in the Amazon, my encounter with a shaman who cured a rusty rebar cut in the jungle from infection and my solo walk through a drug and crime infested Athens neighborhood.
Come share my ventures, the lessons learned, why and how we should pursue and create new adventures in your life. You’ll improve your self-confidence as an older woman struggling to survive mature years, as a young woman completing your rite to passage journey to womanhood learning to define yourself and maturing or as a man who just wants a bit more guts in his life as he ventures forth.

The gift of courage added a new dimension to my life as I uncover who I really was and what was needed to make my life full.


You can follow my footsteps camping on safari in Africa, paddling down the Amazon, rafting the wild rivers of Idaho where I  found all I had searched for.
Courage is not necessary to live a mundane life, but it is necessary to live
a full one that you can be proud of.
Posted by SallyDeMasi - The World As I See It at 3:05 PM No comments:

“This book may just change your life path as you learn to confront your fears through courage”
Posted by SallyDeMasi - The World As I See It at 3:00 PM No comments: 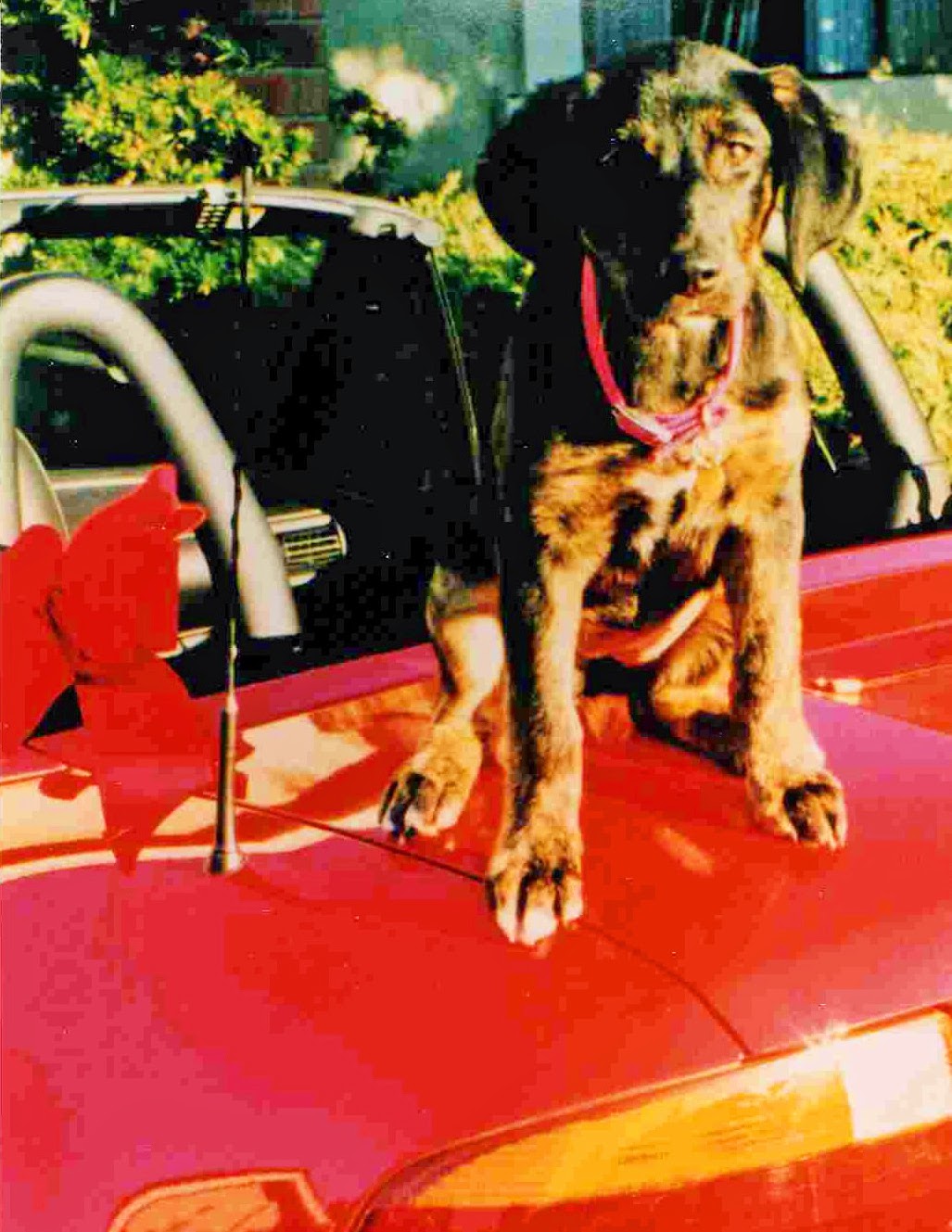 Braveness comes in many forms. It can be a bold defiant act confronting fear which produces courage as I have done over the last years on my world solo adventure travels. I’ve paddled down the Amazon and the rapids of Idaho, faced wild animals in Africa and walked the drug infested streets of Third World Countries. But, I think what I am proudest of, was an act that to others may seem insignificant.


It was how I choose to say goodbye to my aging dog – straight on, not allowing someone else do the hard stuff.

Tasha was my companion for thirteen years. She had been though the best and the worst times of that period of my life. A rescue dog, I choose this 3 month old Lab/Rottweiler/and who knows what other lineage, because of her story and her actions. Her mom was homeless and wandered the streets pregnant with 12 pups, giving birth when a kind woman realized her plight and made a comfortable birth nest for her.

I stared at the box of puppies, she was the only one with straight hair and harassing her sleeping brothers and sisters poised on top as she nipped each in hopes they would romp with her
.
I fell in love at that moment with an alpha puppy who curled up on my lap as we drove home – never expecting to have adopted one that day and no provisions to welcome her home.

She had a definite effect on my life from the start. I did crazy things like deciding to work less managing a part-time schedule – just to stay home with my doggie. I declined social engagements just to hurry home to be with her after leaving the pup for my work day. I rejected my fanatical technical reading required to “get ahead” in my position. I even stopped all my shopping expeditions that at one time seemed so important, to be with my Tasha. I had found a level plane ignored in the past.

Instead, I delved into insane pursuits. I bought an old beat-up Mazda ’84 truck. I hated trucks. It was bashed up, filthy inside and out with paint chipping, a hole where the radio had been cut out and ignition switch torn from the dashboard. But, I knew Tasha would grow (oh yes, to a surprising 100 pounds) and my two seat sports car wouldn’t work much longer for the new us.

Read more »
Posted by SallyDeMasi - The World As I See It at 1:15 PM No comments: